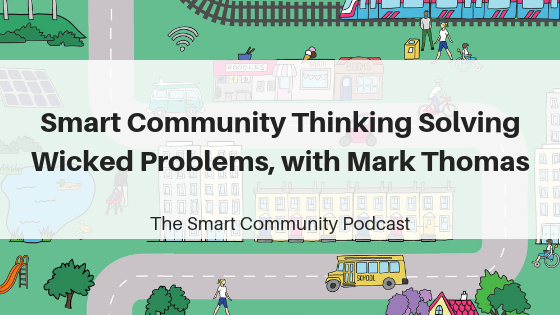 In this episode of the Smart Community Podcast, Zoe chats with Mark Thomas, the Managing Director of Serviceworks group, an international Smart City Consultancy. Zoe and Mark discuss how council amalgamations sparked Mark’s interest in the Smart City space and led to a stint in local politics, as well as how he sees New Zealand currently embracing the Smart Community concepts. Mark shares numerous great examples of how Smart Community thinking can be used to solve wicked problems and engage and empower citizens at the same time. Zoe and Mark also discuss Smart Stadiums, what we can learn from Singapore’s approach to integration, and the emerging trends of Digital Twins, AI and blockchain being used in cities. As always, we hope you enjoy listening to this episode as much as we enjoyed making it.

[On the local council amalgamation that sparked his interest in Smart Cities]“[The amalgamation] was pretty unpopular on the ground, it was being imposed. All of the reports had been done, there was a lot of rationale, but people were concerned that they were going to lose what they liked, even though what they liked didn’t work that well…I could see that there was an opportunity to help make quicker progress on some of our city problems by using technology in a Smarter way.”

“I’m much more interested and what I talk about most is the tools that exist now to help communities own more of their information, have access to their data and play a greater role in solving the problems.”

“No city government has the money to spend fixing all the transport problems…maybe there’s less of a need to spend those billions [on upgrading the city transport systems] now when you can use the existing infrastructure you’ve got, better.”

“Digital twins are…creating an alternative city, it’s representing the physical environment in digital form, and what that means from a planning point of view is trying to avoid making mistakes.”

“Where there’s a trust relationship and where there are transactions…blockchain can have a role in terms of making things work more efficiently, but also building this sharing inclusive idea.”

“This alternative reality that’s being created [in a digital twin] is based off real things, real temperatures and wind speeds, even citizen direct inputs…and it’s a way for us to do a much better job of understanding what we’re intending to build or to plan and also living with it for a while before we go into the execution phase.”

“These legacy assets we struggle with in cities that cost us so much to maintain, so much to improve, and that we could get a much better handle on both the prioritisation and the solution by a more digital approach.”

The Fourth Age by Byron Reese

Connect with Mark on LinkedIn and on Twitter @markthomasnz or email him at Mark@serviceworks.co.nz 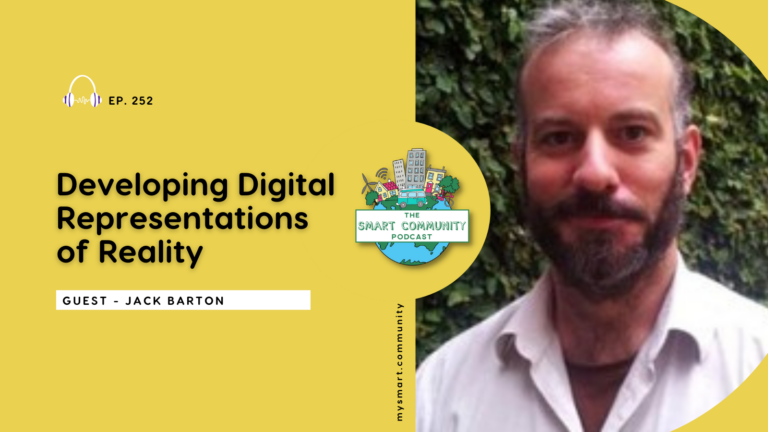 Hi #smartcommunity friends! In this episode of the Smart Community Podcast, I welcome back Jack Barton and we have a great chat about what he has been up to since he was last a guest on the podcast back in 2018. Jack starts by telling us about his background in... Hi #smartcommunity friends! In this episode of the Smart Community Podcast I had the pleasure of speaking with both Jonathan Reichental and Brett Hoffstadt, the co-authors of their new book, Exploring Smart Cities Activity Book for Kids.  Jonathan is currently... 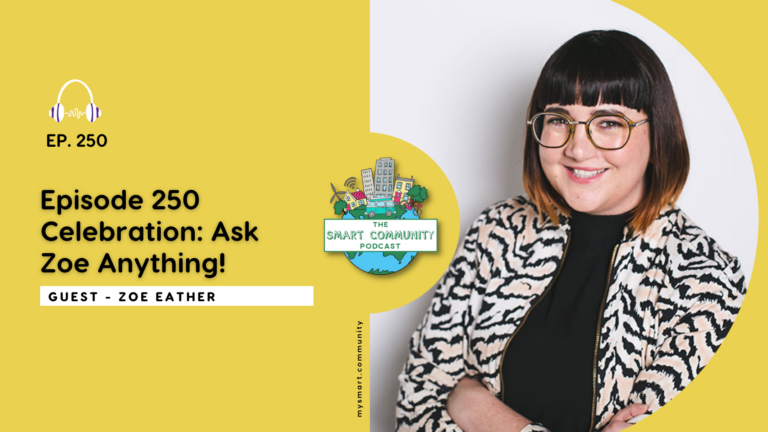 Hi #smartcommunity friends! In this episode of the Smart Community Podcast, host Zoe Eather is back in the hot seat! In celebration of this being episode 250, Zoe and producer Ellen Ronalds Keene sat down for a chat where she answers questions from you, the audience...