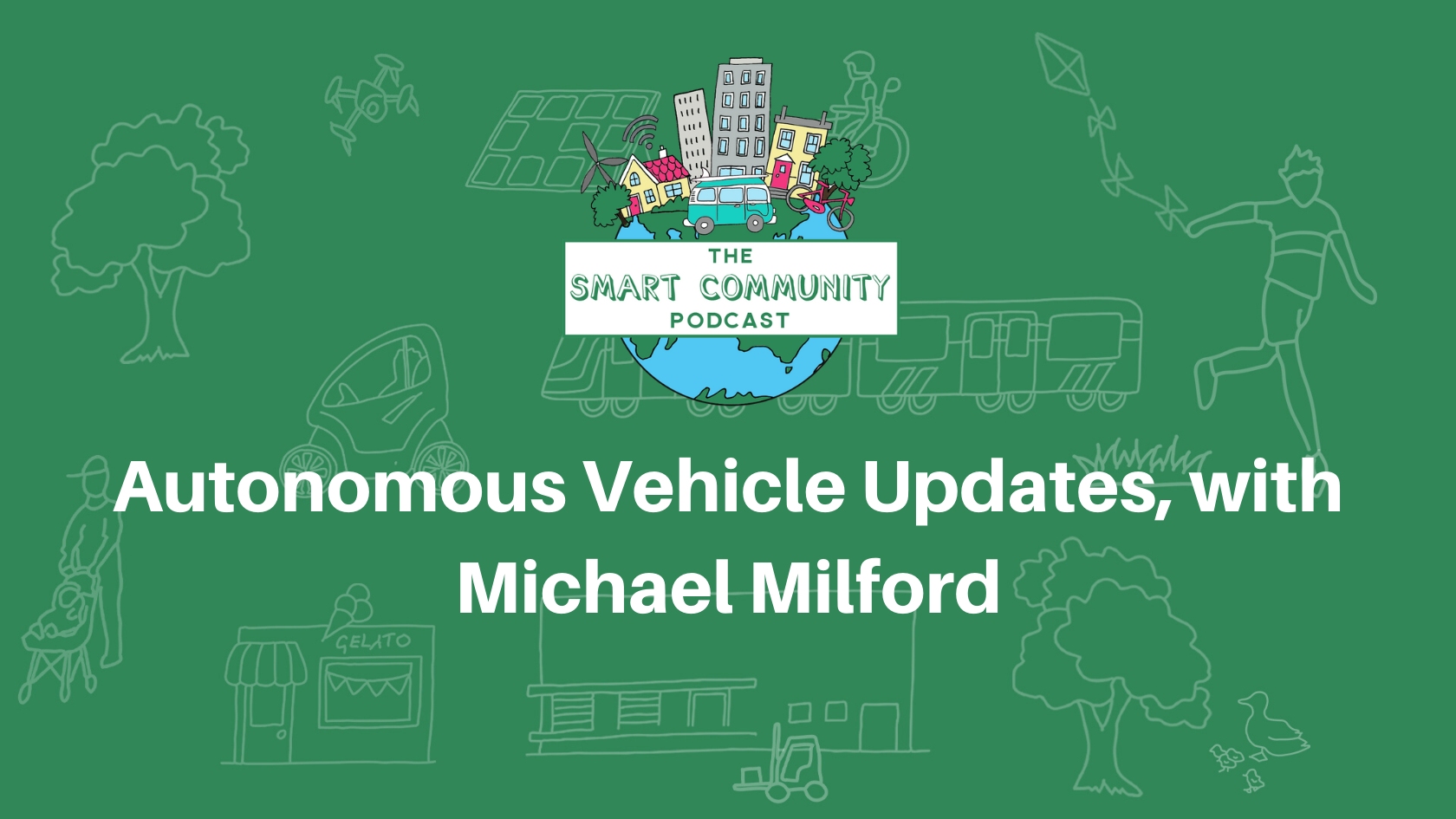 In this episode of the Smart Community Podcast, I have a brilliant chat with Michael Milford, a Professor of Robotics at Queensland University of Technology. You may remember Michael from an earlier episode, way back in Episode 22 when we were still called the Smart City Podcast, which was actually over 18 months ago now. So I wanted to have him back on the show to share what’s changed in the AV space in that time, and he’s the perfect guest to kick off our Mobility March series.

In this episode, Michael and I discuss some of the projects he’s been working on to do with infrastructure and road readiness for driverless cars, and the key problems with automating driving in complex urban environments versus highway driving. He tells us about the use of high resolution maps of the environment for the functioning of AVs, and how Cooperative Vehicles and Connected Vulnerable Road User fit into this space/framework.

We talk about the technology development in the driverless cars space that Michael has seen both overseas and in Australia, and the maturing of the AV dialogue in the Australian context, including how Australia is embracing research and development of the off-road AVs, such as in mining, agriculture, and defence.

Michael and I also cover the different types of data that underpin and spin off from autonomous vehicle technology, the ongoing conversation around ethics of automation, and the emerging trends we need to talk about more such as the implications of AVs intersecting with public transport and ride sharing.

As always we hope you enjoy listening to this episode as much as we enjoyed making it!

“The challenge is that you can develop all sorts of technologies that make a big difference [to AV safety]. It’s just that the bar is so high. So if 1 in 10,000 pedestrians doesn’t have that connectivity for some reason and there’s an incident? That’s just not acceptable. The reliability that’s imposed upon the technology that you deploy is extremely high in autonomous vehicles.”

“What is really happening here is that there’s been a lot of assessment around the impacts of autonomous vehicles, and not just the technology [but also] the societal impact, what will future Smart Cities look like? The dialogue around that in Australia is much more informed and much more mature than it was even 1-2 years ago. We’ve taken very big steps forward there, which is fantastic.”

“Even if you could deploy autonomous vehicles now, are people actually going to give up their cars? Because a lot of the potential benefit of autonomous vehicles, which I think is overlooked, is the fact that lots of people wouldn’t own cars anymore. The not owning a car, or the lack of private car ownership, is often a bigger benefit than the actual autonomy aspect.”

“Australia is particularly strong in leading the world in many aspects of technology development for autonomous vehicles that don’t operate on the road. So that operate in other environments (e.g. mining, agriculture, defence)”

Project with Queensland Department of Transport and rain roads, and the iMove Cooperative Research Centre

Article on the ethical trolley problem

Connect with Michael via LinkedIn SCP E302 Harness Creativity and the Power of Shared Mobility, with Sandra Phillips

Hi #smartcommunity friends! In this episode of the Smart Community Podcast I have another fascinating chat with Sandra Phillips. Sandra is a Shared Mobility Architect and Principal of Movmi, an award-winning women-owned agency focused on Shared Mobility. Movmi builds... 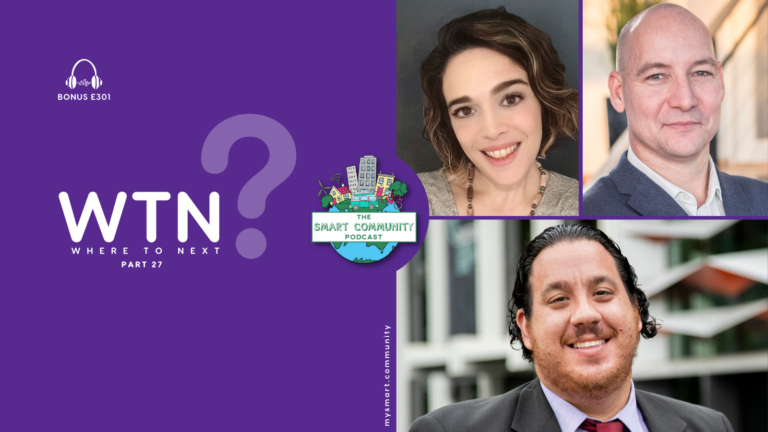 Hi #smartcommunityfriends! I’m back with another bonus episode of the Smart Community Podcast sharing various guests answers to the question, ‘Where to next with Smart Cities and Communities?” And this time I’m sharing with you the answers from these guests: ... Hi #smartcommunity friends! In this episode of the Smart Community Podcast we are so excited to bring you our very first podcast panel, which was recorded live at the beginning of June 2022. We were joined by Laura Baker from the City of Casey in Victoria and who is...